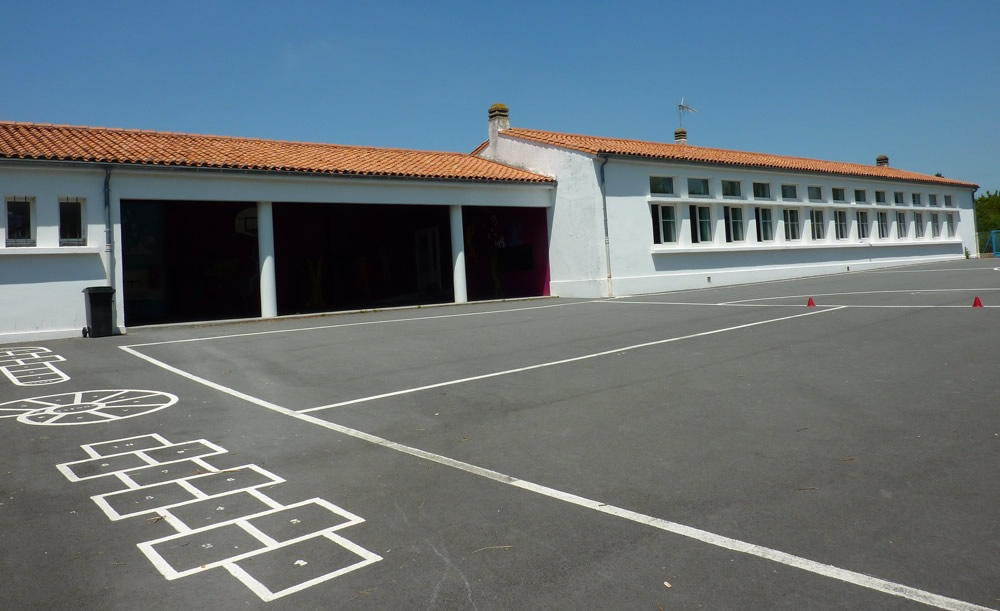 The group has three schools :

For all information regarding inscriptions, tarifs for the crèche etc, please contact SIVOS* (see below) or the town hall secretary.
The Deputy Mayor, Chantal Rouil, responsible for schooling, is available, by appointment, on a Tuesday afternnon.

The schooling scheme (RPI) is managed by *SIVOS (Syndicat Intercommunal à Vocation Scolaire ‒ a union with an educational mission) was legally formed on June 21st 2002 and is based at Barzan.

*SIVOS is an organisation to manage schools and extra-curricular services: school transport, equipment and supplies, school canteens, management of personnel, as well as organising programmes for the use of facilities.

Members are elected by the town councils of the member communes. They direct actions of SIVOS through the union committee and different commissions.

• Children are picked up by the school bus. A qualified adult accompanies the children to ensure their safety.

• Creches are available from 7am‒9am on Mondays, Tuesdays, Thursdays and Fridays, at both Arces and Epargnes.

• Meals are served in school canteens. Where possible locally grown products are served.

From September 2014, numerous extracurricular activities are offered: story telling, tennis for beginners as well as table tennis, cooking, English for beginners, and visits from outsiders to talk about their jobs.

If desired, a free bus will transport children to Cozes for their midday meal.

Don’t hesitate to become involved with this association whose aim is to contribute to the development of school work, and sport, culture and social extra-curricular activities.