She had her first exhibition at the age of 19. since then she has been awarded medals and distinctions, has exhibited in France and abroad, Russia, the U.S. as well as Hong Kong ‒ an impressive career.

The sea in,spires all my work : grey, blue, pink, violet, shades of colours as the paintbrush or knife wills.
Open to imagination… 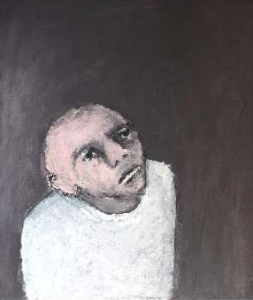 Born in Strasbourg in 1963. Qualified at the Ecole Nationale Supérieure des Beaux Arts de Paris in 1989. Gained a degree in Plastic Arts in 1990.

She lived and worked for several years in Saint Malo then Rennes. She moved to Arces in 2006.

Valérie paints landscapes and elements of nature, people, heads…. Subjects which are sometimes worked in a manner almost like abstract expressionism.

Her paintings often exude a feeling of abandonlment, loneliness and melancholy. 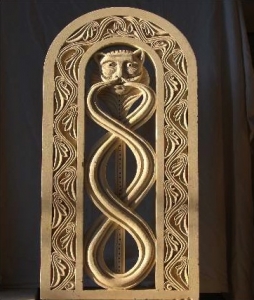 Sculptor ornementalist, embellishing façades. Moved to Arces only a short while ago. His work follows the tradition oof ornamentation of façades (heads, leaves, bas-reliefs etc) or elements of decoration (fountains, chimneys, statues….) 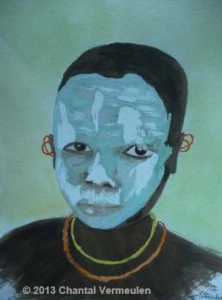 Following her whims and fancies she can be in the figurative or reproduce masks reflecting customs of other peoples.

Now in Arces, her workshop and exhibition ‘l’aquarelle des couleurs’ ‒ watercolours of colours’ is open from June to September from 3pm-8pm everyday and by appointment during the rest of the year.